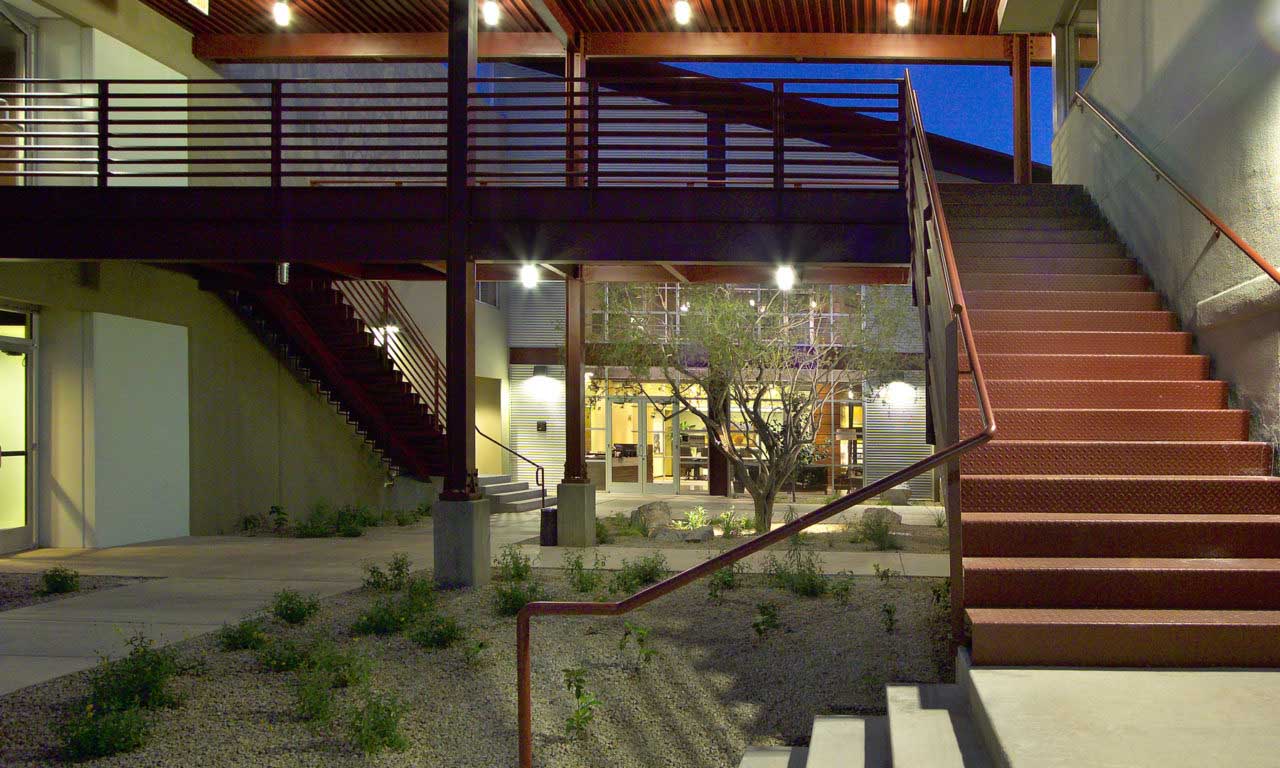 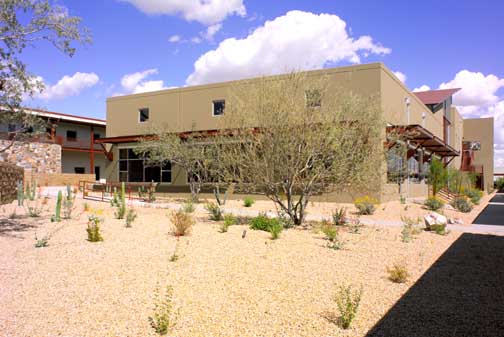 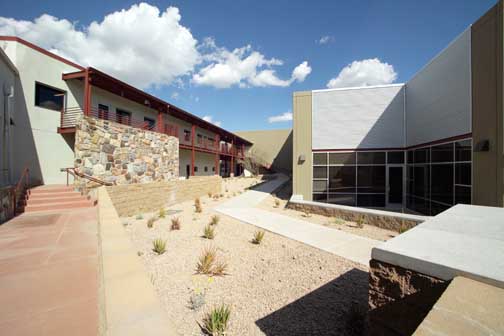 Since 1953, the Stockyards Restaurant, located at 5001 East Washington, in Phoenix, has been an Arizona icon. Known for its fine food, it has also been a gathering place for some of the most influential families in Arizona’s history. It is with great pride that we preserved the heritage of the Stockyards Restaurant. Jokake Companies is owned and operated by third generation Arizonans who set out to revitalize the stockyard’s heritage by incorporating three new buildings on this site, one being their new company home.

The design creates a cohesive campus of offices in an environment that is designed with Arizona history in mind and creates a unique business atmosphere for a multitude of companies. While the existing Stockyards building has been kept nearly intact, its interior space and the exterior facades have received a cosmetic face-lift. The new construction is designed to enhance the existing campus while also projecting an updated image of building technology. 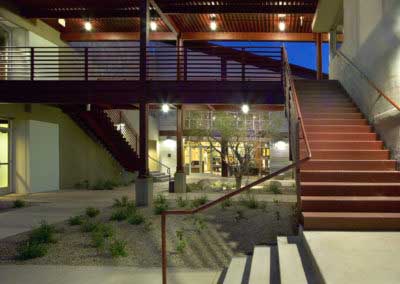 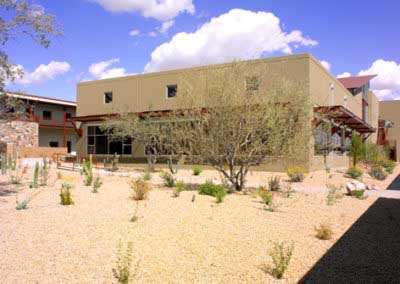 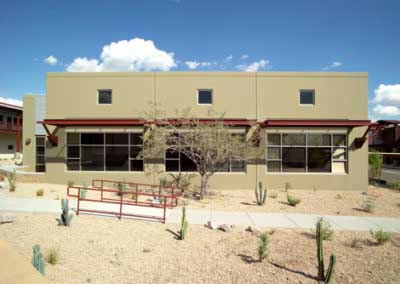 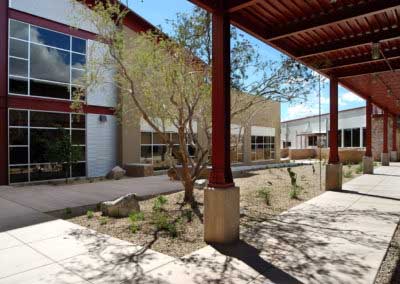 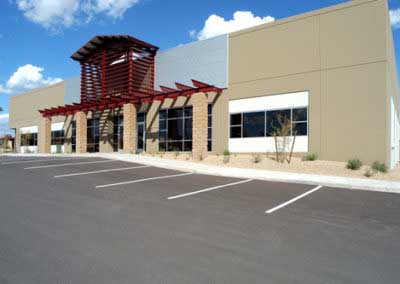 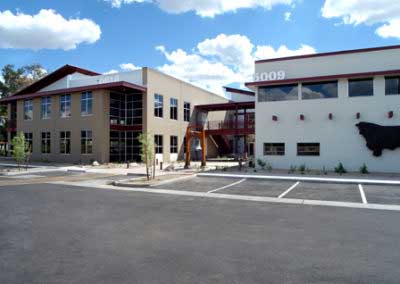 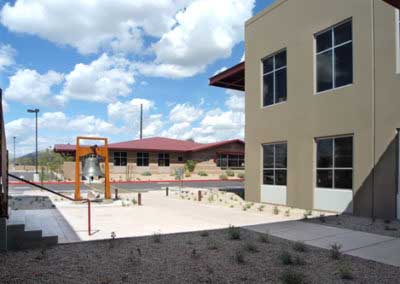 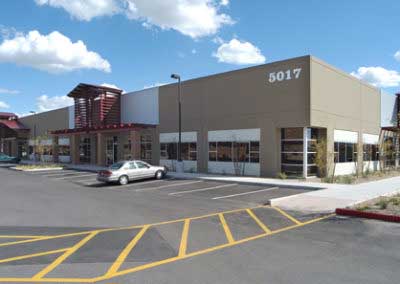